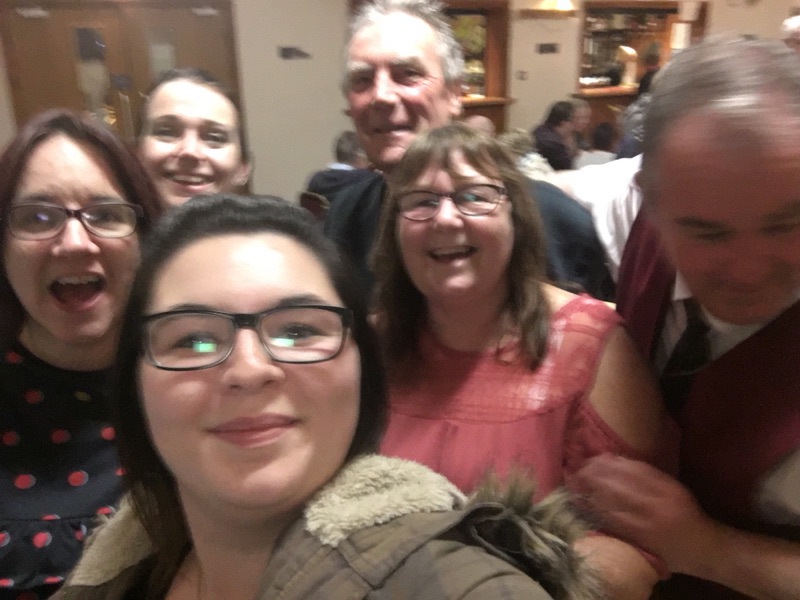 Undertake That – the quiz team formed by AH Rogers and Paul Capper Funeral Directors – trumped the opposition at a charity quiz – thanks to a tie-breaker about the length of Donald Trump’s proposed wall between Mexico and the US!

The quiz was held in aid of Sophie’s Appeal, a charity set up to raise funds for children with cancer, in memory of Sophie Barringer, who had Wilm’s Disease, a form of kidney cancer, and who died when she was just six years old.

Lisa, who is a keen supporter of the charity, said it was an excellent event, attended by around 100 people, and raised around £645 for the Appeal.

Barbara said: “The questions were not all easy but Shaun Morris was our secret weapon. To say we were completely in awe of his knowledge is an understatement. He had answered the questions in full before many of us had time to think. Well done Shaun – excellent job!

“We had a bit of a fight on our hands at the end. We tied for first place and there was a tie breaker about the supposed wall in Mexico – and Richard came in with the nearest answer. I’m sure I wouldn’t have known how long wall would be, if at any time President Trump actually built it. And there it was, we won! What a team!”
In case you are wondering, the border between Mexico and the US is 1900 miles long!

Have you found what you are looking for today?

Donations helping to keep emergency teams in the sky